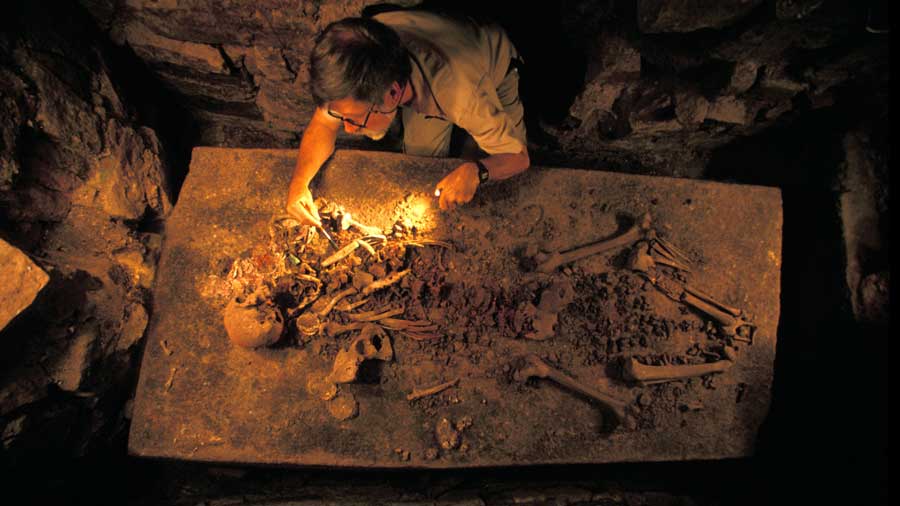 Funding requested as part of the Early Copán Acropolis Program’s (ECAP) 2018 Research and Conservation Project.  The activities took place at the Centro Regional de Investigaciones Arqueológicas (CRIA), the research, conservation, and storage facility for the archaeological site of Copán Ruinas.  Work was from February 5-23, 2018 and is completed.  The project targeted the burial offerings and human remains from royal tombs excavated in previous seasons by ECAP, including those of the dynastic founder (Ruler 1), K’inich Yax K’uk’ Mo’, interred in the Hunal Tomb, the woman in the associated Margarita Tomb, and the individual believed to be Wi’ Yohl K’inich (Ruler 8), found in the Sub-Jaguar Tomb.