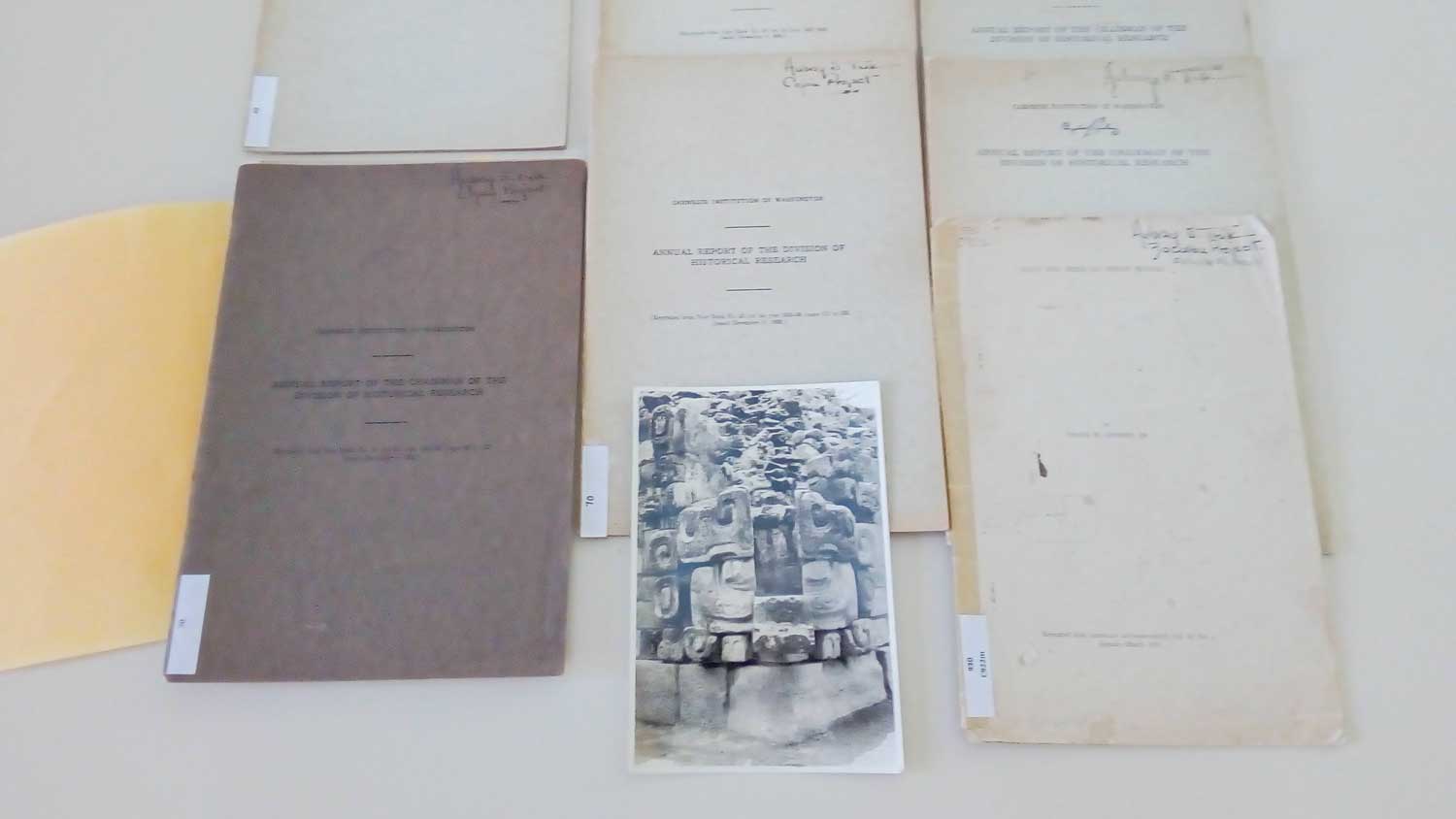 Dr. Peter D. Harrison was actively involved in specific archeology digs in Mesoamerica during his life and career as an archaeologist.  During that time he amassed a large library of transcripts and collection of books and journals numbering in excess of 3535 volumes.  All are related to archaeology of the Mayan, pre Columbian, Mesoamerican cultures and other general archaeology.  The collection is referred to as the P.D. Harrison Collection.  In 2019, this collection was donated in its entirety to the Copan Association and logistics were worked out so that it could be permanently housed at the offices in Copan Ruinas, Honduras.

In November 2019; 142 boxes of books and journals were received at the Copan Association offices after an arduous journey from Albuquerque, New Mexico.  This shipment was generously financed by Dr. Peter Harrison’s widow.    Shelving was ordered and received in February 2020, two assistants were contracted, and the unpacking, cataloging and inventory of the books began.

When the cataloguing of the P.D. Harrison collection was complete; the existing library at the Copan Association’s offices was re- inventoried, labeled and both libraries were incorporated into one collection.  On April 1-14 2021 the final housing of the books at the Copan Association as well as the books from the donated Peter D. Harrison Collection were completely labeled and housed.

The Copan Association’s Library now contains a total of 5086 books and journals.